Since we had such a big day on Saturday, we decided to chill out on Sunday, September 13.  The plan for the day was to do as little as possible.  Once we got up and moved around the condo, we sat out on the porch to take in the beautiful scenery.  The pool looked like a nice spot to hang out for a while, so we donned our suits and headed down with water, paper, and cell phones in hand.  I hung out in the sun for a bit, but ended up shading up while Kathy soaked up the South African sun for a while.

About 15 minutes in to our chill session at the pool, we noticed a guy on some of the rocks/boulders at the complex next to us.  He was screaming at the top of his lungs at the building, where a few times a worker would come out to see what was up.  This went on for a good hour or so, which was a little funny, a little disturbing, and a little odd.  We decided we had enough, so we went back up to the room and got ready to hit the road for some morsels.

The day prior, Mark gave us a heads up that they serve a braai at Backyard, which was just down the street from Brians. A braai is like a bbq for us back in the states.  Once we arrived at Backyard, we noticed the food was al a carte.  No problem here, since we were just hungry and wanted to try out the local food.  We ordered quite a bit of food, since we wanted to take home some leftovers to have on hand for the room.  Another round of calamari was in order, as well as bbq ribs, mixed veggies, corn on the cob, and a couple beef tenderloin filets.  It was wonderful and we had plenty to take back to the room for snacks this week too.

While we were waiting on our food, there was a pug named Mosley, who liked to play fetch.  A lot!  Since we were the only ones in the restaurant, I felt it was my obligation to play fetch with the dog.  I tossed the ball for him to retrieve one way, the other way, and even bounced it up in the air.  This dog was awesome at fetch and would bring it back to your feet and let you have it for the next throw.  The owner came through and noticed that Mosley was breathing pretty hard, so he tossed it one last time and put the ball up.  What a spoil sport!

We left Backyard and went to Brian's to catch up on all our new friends.  Make sure they were ok and all, ya know?  We had a few beers there and I walked up to the store to get some beers for the room, since the Chiefs were on and all that.  Once back to the room, we face-timed the kids and grandkids to say hey and send our love.  We also found out it was Grandparents day, so it was a great time to connect back home.

Once the Chiefs game was on, we were streaming the TV sound on the laptop and displaying real time tracker on ESPN to get the stats.  Not a bad set up once the streaming worked correctly and the wifi would cooperate.  Pretty much a great day again on our last Sunday in South Africa (for now). 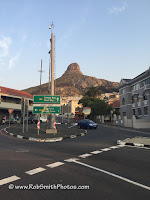 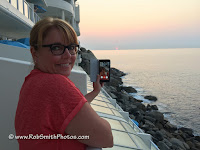