A few days ago, we were told that our 10:30 AM SAST flight from Zimbabwe to Johannesburg was changed to 9:30 AM.  No reason why, but we soon found out that Zimbabwe does what they want to do…  That meant a 7:30 AM SAST pick up, 15 minute drive to the airport, and around an hour wait in line in order for the 1) gate agents to show up, 2) gate agents to get the systems up (they were down for a bit), and 3) pay another fee of $50US each to the records dude for an airport fee or something or another.  One thing I have learned about this country, they like the US dollar.  $30US to get in the country and $50US to get out, and they only take cash.  The other thing - nobody is in a hurry and they couldn't understand the word efficiency.  I digress (about that anyway).

We finally sat down at 9:00 AM to await our boarding to the plane to notice that the plane had not even arrived yet.  It finally got there around 9:10 AM, which meant a 9:30 AM flight was nearly impossible.  Fast forward 30 minutes, we were taxiing on the runway about to take off.

Another surprise was taking a detour to JM Nkomo airport in Zimbabwe, I thought to make us pay more fees or something like that. But turned out, it was to pick up more passengers to go to J’berg.  Fun times once they sprayed the obnoxious spray all the way down the aisle to disinfect the plane.  I guess that was due to the passengers that just got on?!?!  Pee-ewwwww!

The next escapade was circled around going to get our bags after clearing customs (no fee in SA) and attempting to get our boarding passes with South African Airlines, which trip case clearly stated it was ticketed through.  However, once we got to their check in desk, they assured me that I needed to find Mango Airlines, since that is who they contracted to do the ride.  Oh boy!  Off to find another where’s waldo in the J’berg mess of an airport.  After asking two different porters (that wanted tips), we finally found Mango and got our orange colored boarding passes.  With around an hour to spare, we sought out beer for a handsome reward for all the (not real big) issues we had.

Mango Airlines reminded me a lot about Southwest Airlines in the states.  737 plane, 3 seats on each side of the aisle, and filled to the brim.  Issues were, we were issues exact seats, which didn't happen to be together, but just one row apart and nothing was free - not even pop or water (or beer, like on SAA).  I was stuck between a 20-something girl that coughed, sneezed, and blew her nose a few times and a business man that outweighed me by around 75 lbs.  Neither of which would let me have any armrest time…  Kathy had a window seat.  The guy next to me read the paper the whole way, so encroaching on my territory for a bit.  I fought back by arming myself with a laptop doing some blog updating and file verification for my photos so that he could tell that he wasn't the most important dick on the plane.  After I got finished with what I needed to, I put my stuff away, bumping in to him as much as I could. A little bit later, Miss Sick blew her nose again and disposed of the tissue in the puke bag. I guess she thought it was a trash bag.  Anyway, she did at least get out her hand sanitizer.  When she opened it, it was pressurized by the cabin pressure and it spewed out all over her hand as well as shot a goober on my upper lip.  She didn't really apologize, but did say it was good for me.  I commented that it didn't taste very good.  She offered me more, but I declined since I had enough on my lip to get both hands nicely covered.  Fun times!

Once we arrived to Cape Town, we didn't have a plan for transportation.  I knew that we had a few days to ourselves, but wasn't sure about renting a car vs getting a cab back and forth.  I flipped a coin (in my head) and proceeded to Hertz to inquire about cars.  The rates weren't too bad for the week, so I pulled the trigger on what I thought was a Toyota Corolla. Much to my surprise, it was a Kia something or another. After checking the paperwork, it turned out that my agent tricked me, but no big deal.  I went over the car to make sure no extra scratches or dents were on the car with the guy that does that stuff with you.  Found a couple new ones and made him document it, since it appears to be a pretty big deal over here.  I got the stuff in the car as well as myself and tried to start it.  Nothing.  Kathy said, it looks like a manual, push in the clutch.  Dammit man, I meant to ask for an automatic like up in Richards Bay.  Oh well, we set the GPS to our condo for the week and headed down the road - only missing a couple of gears.

About the time I got the hang of driving this Kia stick shift-on-the-wrong-side and blinker-stick-on-the-wrong-side, we arrived at our destination.  We were greeted warmly by the GM and owner of the Bantry Bay International in the driveway and attempted to negotiate an off street parking spot.  Everything was reserved, so we parked on the street. No biggie.  We got our bags and headed to the room, which was on the 3rd floor of 6.  Nice studio with a kitchen, fridge, and a kick butt view of the Atlantic Ocean.  It had been quite a day for travel with going from Zimbabwe to whatever that town was to J’berg to Cape Town and driving in rush hour Friday night traffic, so we decided the next stop was a pub we saw close to the condo, called Brians Pub.

We walked down the street to Brians, which was a small dimly lit pub, that had a lot of locals in it around the bar.  We bellied up, ordered a Castle Draught, and just relaxed.  A few regulars were assessing us Americans and we struck up a conversation with them.  Small talk around where we were from, what we are doing in South Africa and other places, what we did, etc, etc.  One of the guys, Mark, helped us out with where to go, what to do, based on our current itinerary.  He suggested a few spots, especially dinner, which we took him up on after  few beers.

We ended up eating at this italian spot, called Goloso, that served mostly pasta dishes.  They had another place across the street where one can get pizza.  Kind of odd if you ask me, but hey, whatever works.  We each ordered, ate, and decided it was a long enough day.  We headed home and crashed, since the next day was to be a long one driving the peninsula with a driver/tour guide. 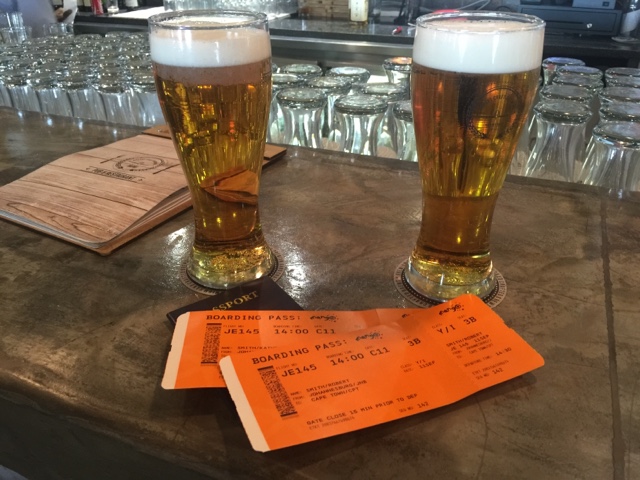 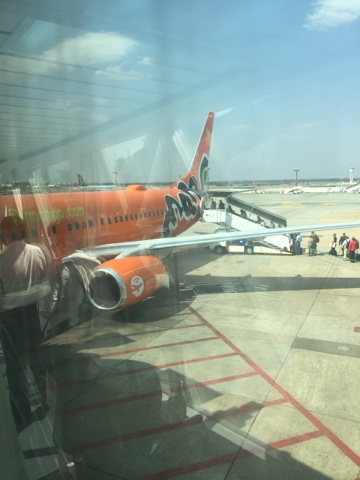 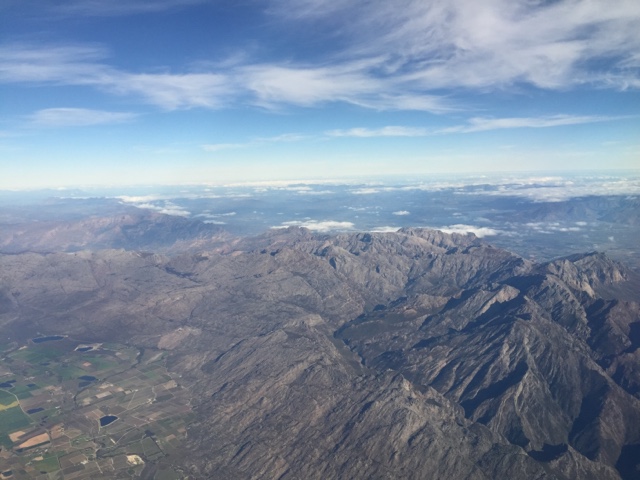 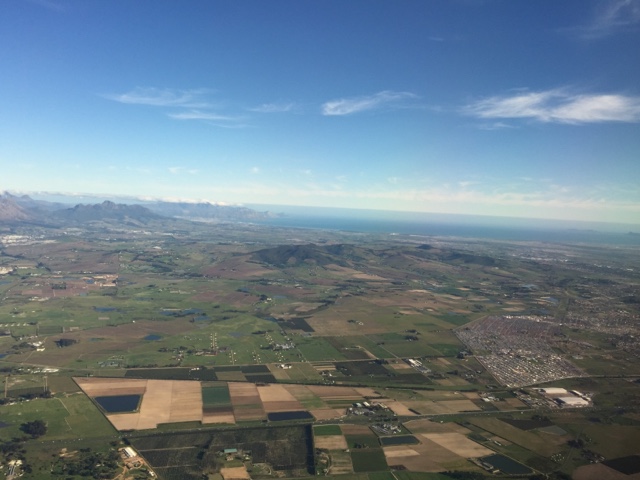 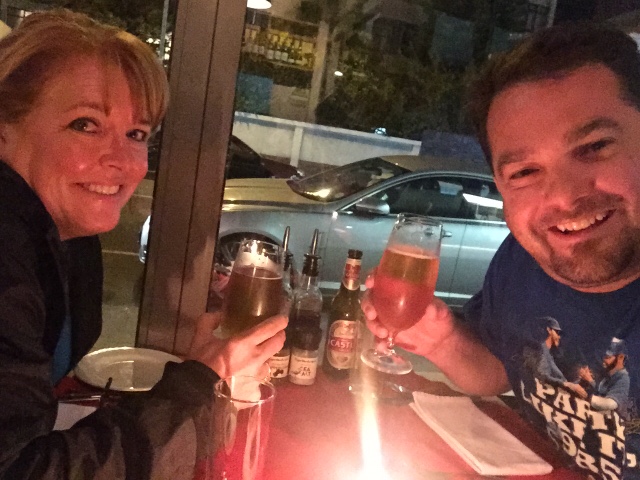 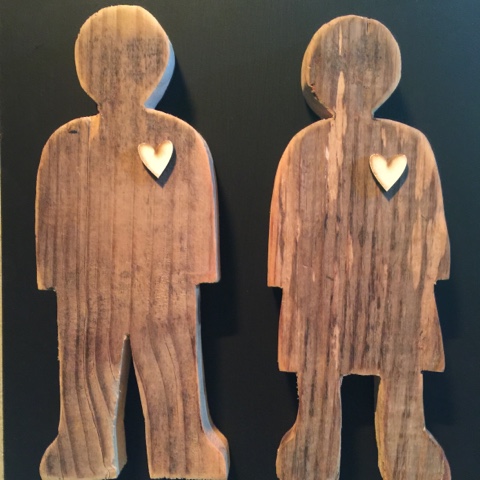